Get fresh music recommendations delivered to your inbox every Friday.
We've updated our Terms of Use. You can review the changes here.

Tour of the Curse 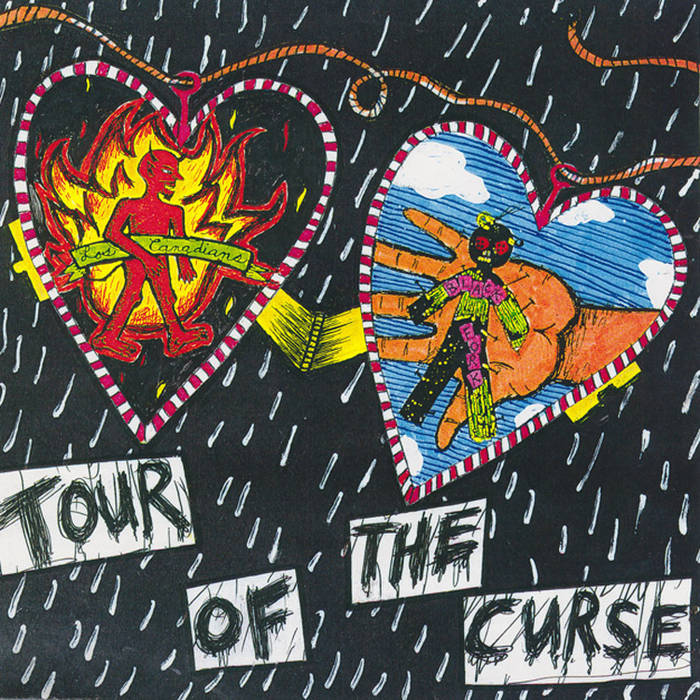 This record is a reissue of (now defunct) Starcrunch Records' split 7" featuring Black Fork and Los Canadians, two of the '90s greatest underground punk acts, who toured the U.S. together in '95 and '96. Both bands broke up before 2000, but their members are all still active in bands such as Black Rainbow, Severance Package, Hidden Spots & Dark Rides. Other members went on to play in Drunk Horse, Stun Guns, The Pattern, Chickenhead, Saviours, Talk is Poison, Needles and a hundred or so others.

While Black Fork and Los Canadians played very different strains of punk (BF relied on a blunt-force sonic assault while LC was melodic and intense ala The Replacements or Husker Du), they considered themselves kindred spirits and played together every chance they got. They even shared members at various times, with Ivy playing drums for Black Fork in the early years and Josh filling in on guitar with Los Canadians when they found themselves Buddha-less in Berkeley.

In the Summer of '96, Black Fork and Los Canadians joined forces to rock, drink, fight and steal their way across America.

Bringing you the finest in punk, rock, psych and powerslop since 2003!!!

Shut Up was founded by Brad Lackey, who launched the label with a blistering posthumous LP by The Stun Guns.


In 2013, Brad passed Shut Up on to Robin & Josh Indar of Severance Package / Black Fork.

Several new releases are currently in the works. ... more

Bandcamp Daily  your guide to the world of Bandcamp